“Life of Pi” was on my list of books to read for a while. Although the novel was first published in 2001, with the movie coming out in 2012, its popularity was revived somewhat – getting it at my local library would take months. I bit the bullet and bought an audio version.

Written by Yann Martel, a Canadian author, who went to Trent University, and now lives in Saskatoon, the familiar names and locations are peppered throughout the book. Scarborough, Winnipeg, University of Toronto…

Hearing about masala dosa makes me nostalgic, and I end up in Toronto’s Little India. I walk into a store, stuffed with statues of jolly Ganesh and eternally intoxicated Shiva. Another store – filled to the brim with mango pickle and Parle-G cookies. Walking around, I get an occasional whiff of familiar smells. Incense. Cheap saris. Spices.

The smells are are not pronounced enough, not obnoxious enough.

At a lunch buffet, I pile my plate high with sambar, curries and snow white rice. At a table next to me a gay couple is discussing Fringe, the local theatre festival. They push pieces of food around on their plates and scrunch up their noses. I can smell street cars, and pigeons. Red Rogers truck drives by busily. We are still in Toronto. 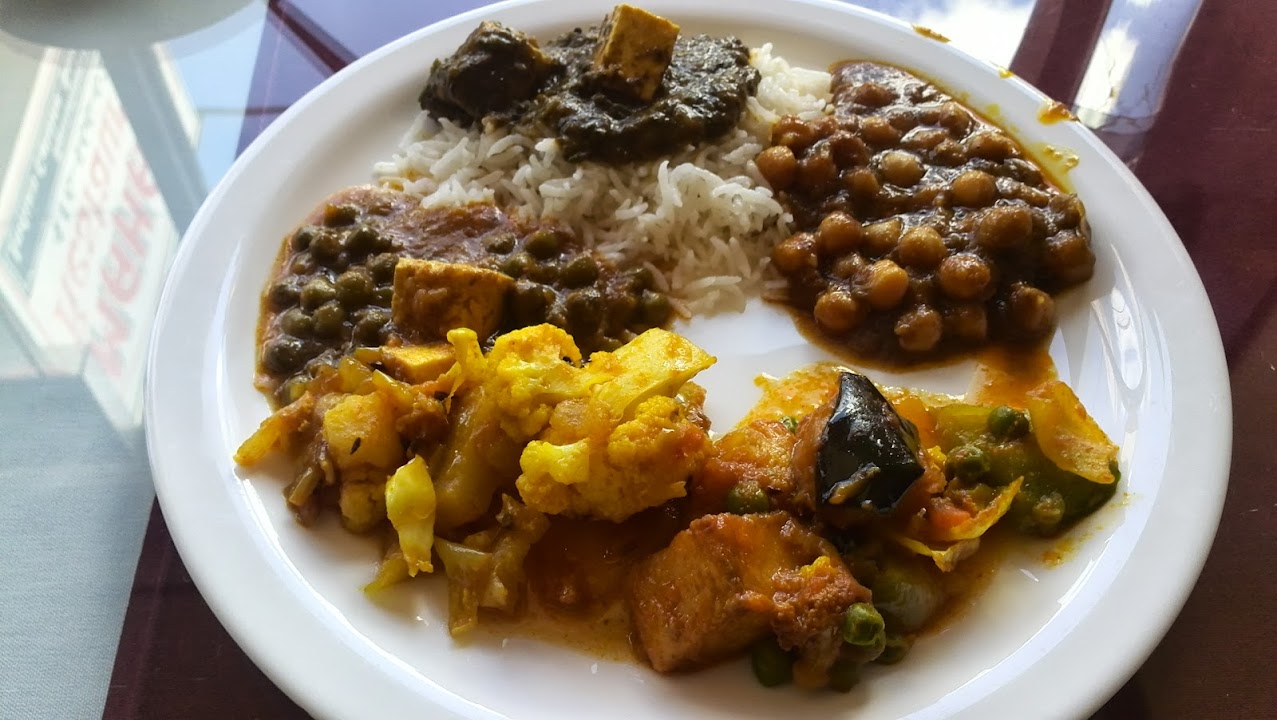 I try to make myself feel better with some butter chicken and savoury papadam all rolled up in a crunchy tube from the heat. 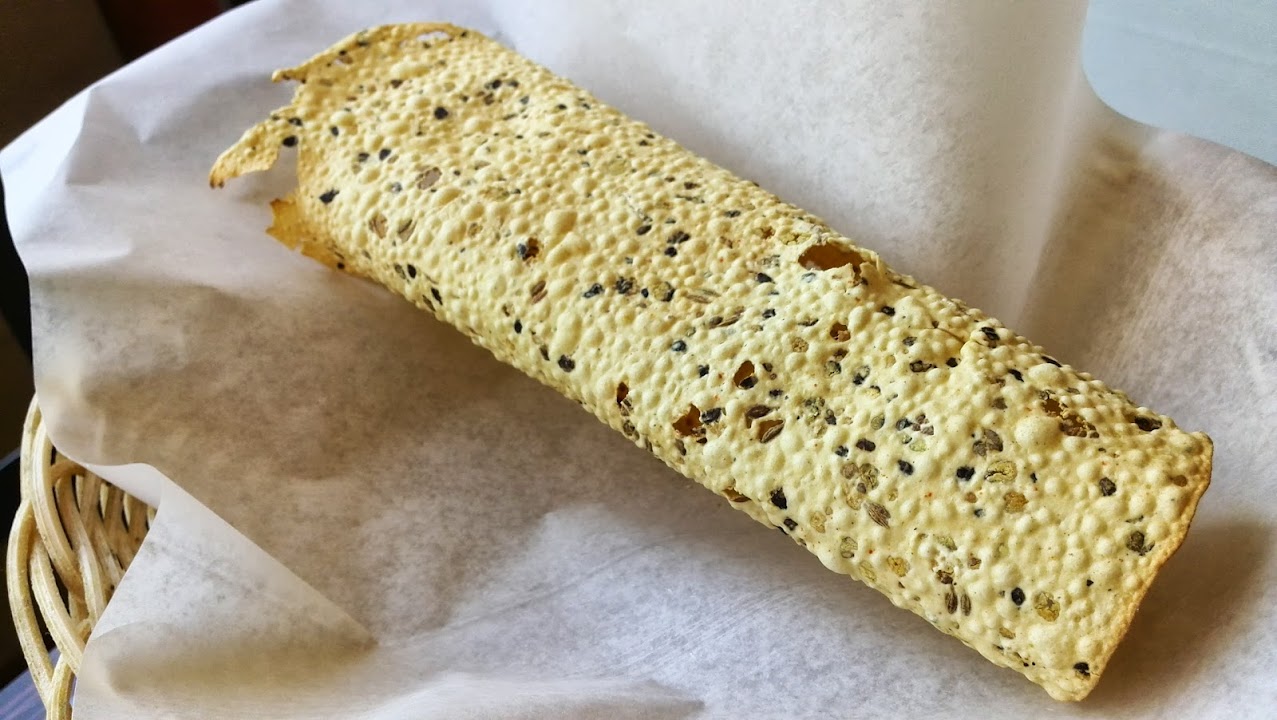 The waiter brings chai. I take a sip and feel almost disappointed as I do not taste the cloying punch of sugar. Then I remember that I specifically asked not to put sugar in my cup. Not that it ever made a difference in India. 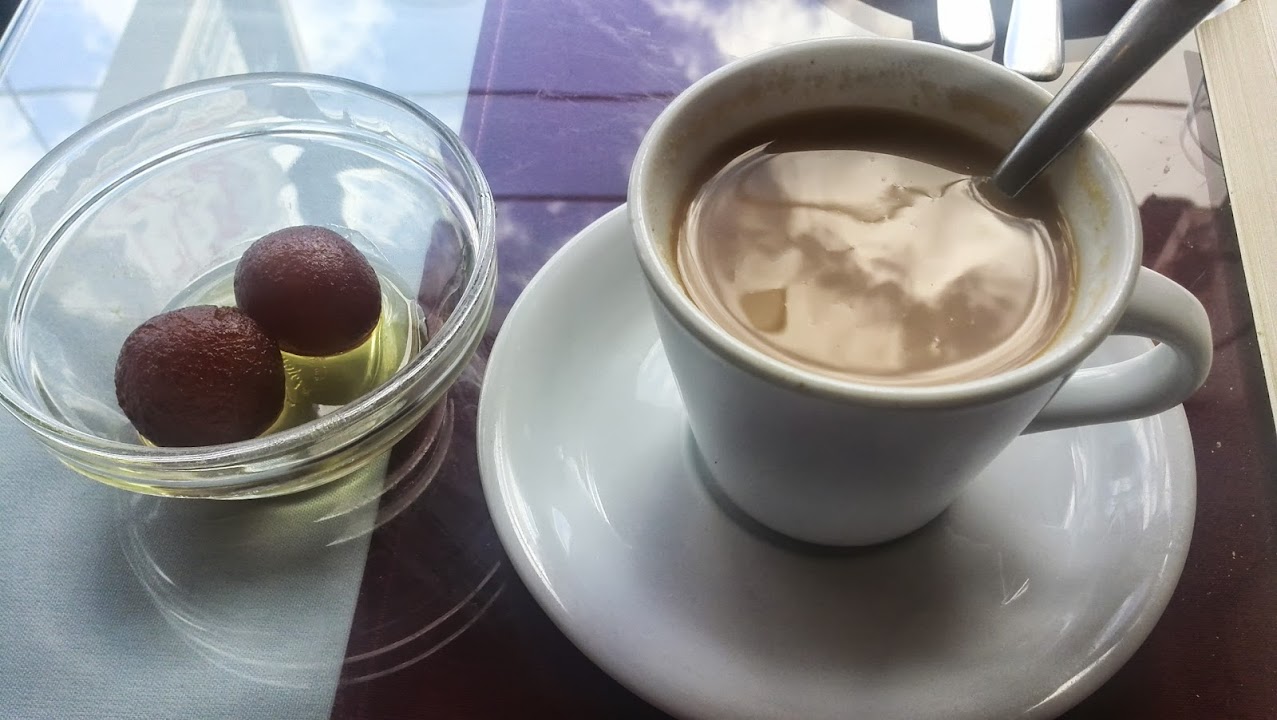 Where are the masala dosas? Coconut chutney – spicy and gritty on your tongue? Idlis, made hot right on the street, and served in banana leaves? And a large cow, an impromptu dishwasher, licking the leaves clean, and then swallowing them whole?

The novel wasn’t at all what I expected. After all, it was supposed to be a story of boy and his tiger, surviving a shipwreck. I think I wasn’t quite prepared for how dark it was. The scenes of dismemberment and cannibalism made me queasy.

Not quite “The Neverending Story”, it was more Noah’s Ark meets Hemingway’s “The Old Man and the Sea” with a dash of Robinson Crusoe and a touch of Jack London’s “Love of Life”.

I especially enjoyed the spiritual exploration of the main character in the beginning of the novel, as he is struggling to choose between Christianity, Islam and Hinduism. Indeed, why not have all three? Does each religion not suggest that there is only one God? After all, “Hindus, in their capacity for love, are indeed hairless Christians, just as Muslims, in the way they see God in everything, are bearded Hindus, and Christians, in their devotion to God, are hat wearing Muslims.”

One of the most liberating truths of adulthood for me is realizing that we often don’t have to pick. We emphasize specialization in schools, we preach one religion, we insist on one partner. One correct diet. One way to live. We simply don’t know that NOT picking is an option.

“I just want to love God”, Pi blurts out at one point in the book, confronted with seemingly unnecessary choice between three major faiths. He goes on to incorporate all three into his life, visiting the church, the temple and the mosque. Prayer mat. Cross on his neck. The red dot of kumkum on his forehead.

The perceived need to pick can cause much grief. There was a time in my life when I felt incredibly torn between yoga and running. I felt like I had to pick one and commit to it wholeheartedly. No cheating.

In one point in the book, Pi describes the constant oscillation between the extremes in the life of a castaway:

We often talk about moderation in food and exercise, and as I read this quote I appreciate what a privilege moderation really is.

Eating in moderation is only an option when we are well off. When we do not have to worry about where our next meal is going to come from… Because food is always there, we only need to open the fridge.

Yet we often feel deprived somehow by moderation. Moderation becomes not enough. Once not enough, it’s never enough. What a great shift in perspective. Moderation is privilege.

… it doesn’t mean we shouldn’t try.

Believing in miracles is liberating sometimes to the most hardened hearts. But how do we believe?

“There is no use trying” said Alice; “one can’t believe impossible things.”

“I dare say you haven’t much practice,” said the Queen. “When I was your age, i always did it for half an hour a day, Why, sometimes I’ve believed as many as six impossible things before breakfast.”

Sometimes, the best things in life are quite hard to believe.

It gets easier with practice.

Other books I mentioned in this review: