Quad Self-Defense, And Other Shit That Happens After You Run A Marathon

A human body is truly an amazing machine. Unfortunately, it cannot speak, so when it needs to, and you don’t listen, it kicks you in the teeth. Or anywhere it can reach. 🙂

My “training” schedule this week looked something like this:

By Thursday, I was crawling walls, and found myself parking at the gym after work . What does a girl do when she has been away from weights for a while? That’s right! A girl does squats.

Nice little warm-up. Some air squats. Some squats with an empty bar. I swear, people, I HAVE done this before.

It was at 135 pounds (pretty light weight), when both of my quads seized up completely, and I almost dropped the damn thing.

“Ok”, I thought to myself, unloading the bar and slowly backing away from the squat rack. “Got it! No squats.” I finished up the workout with some upper body work, and hobbled to the car. I struggled to get in. Then at home I struggled to get out. Next morning… not much better.

“Coach…”, I send a whining email to Coach Mike. “Have you ever heard of anything like this before?”.

“Yes, dumbass!”. As always, he was too polite to say the last word out loud, but it was implied. “It’s called quad self-defense. Back the hell off.”

So instead of running a 12km loop of an all-day race that Salomon Toronto was putting on, I headed out to cheer and socialize instead. You know you’re a masochist, when, observing horrendous weather on a Saturday morning, you think to yourself: “Wow, it’s really miserable outside. I wish I was running!”.

Mayhem in the store, right before take-off: 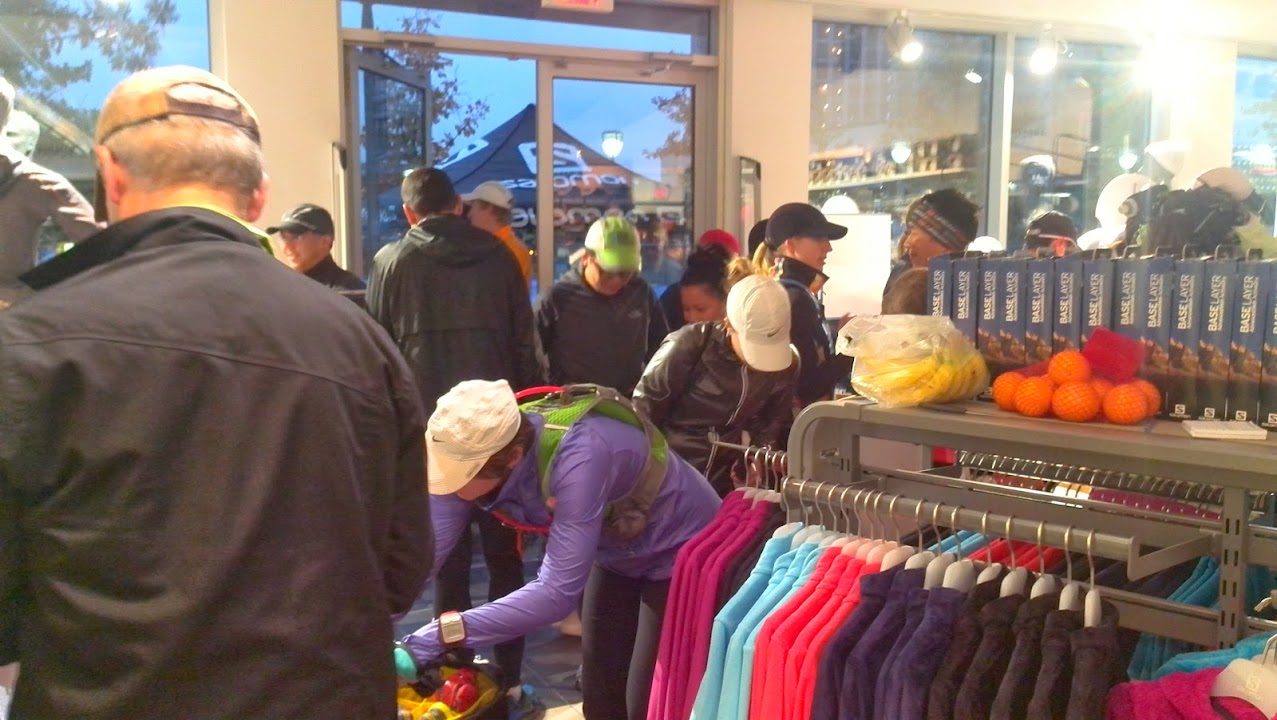 Some of my Canadian obstacle racing family. 🙂 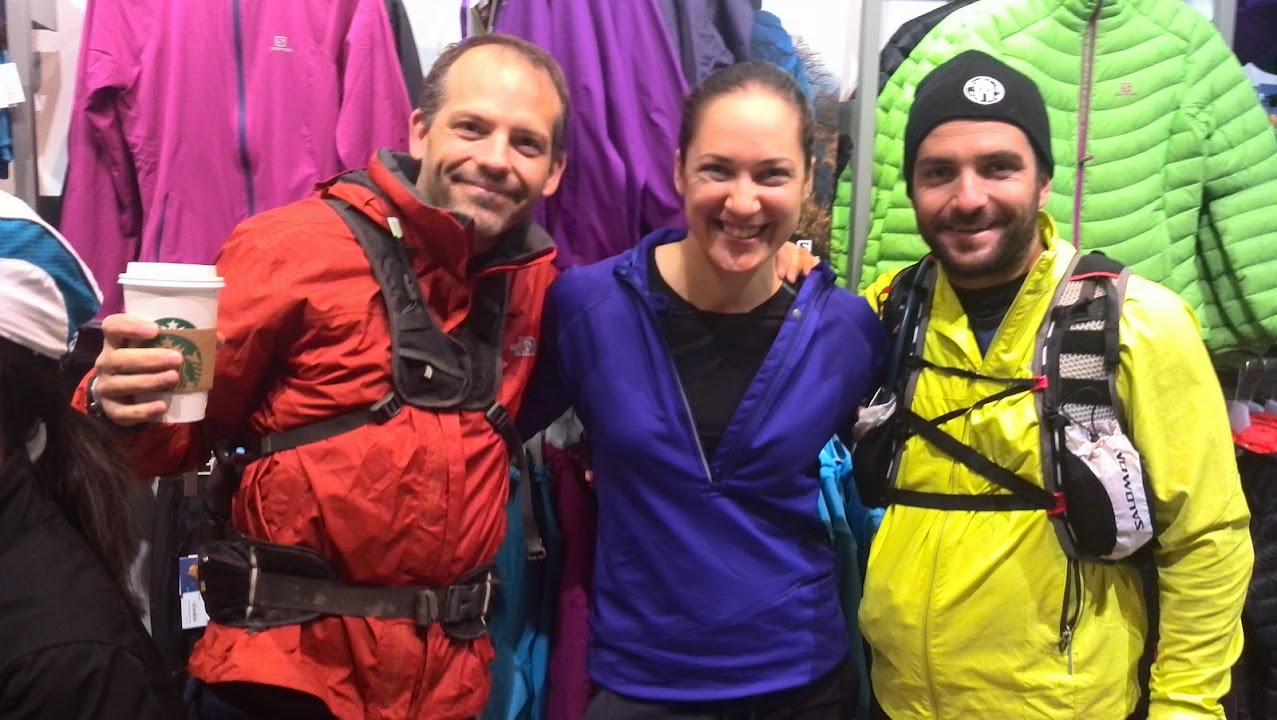 These crazies drove out to Vermont in June to cheer us on in the Death Race! 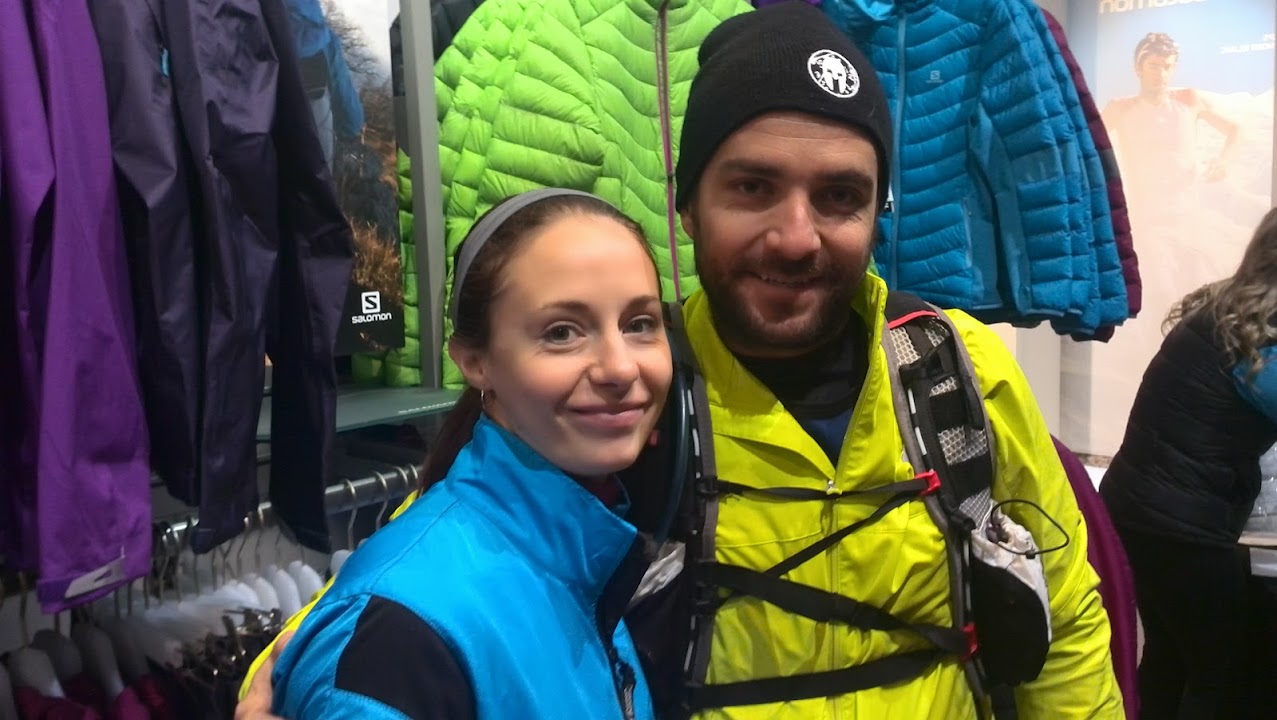 All the champs about to take off for their first loop! 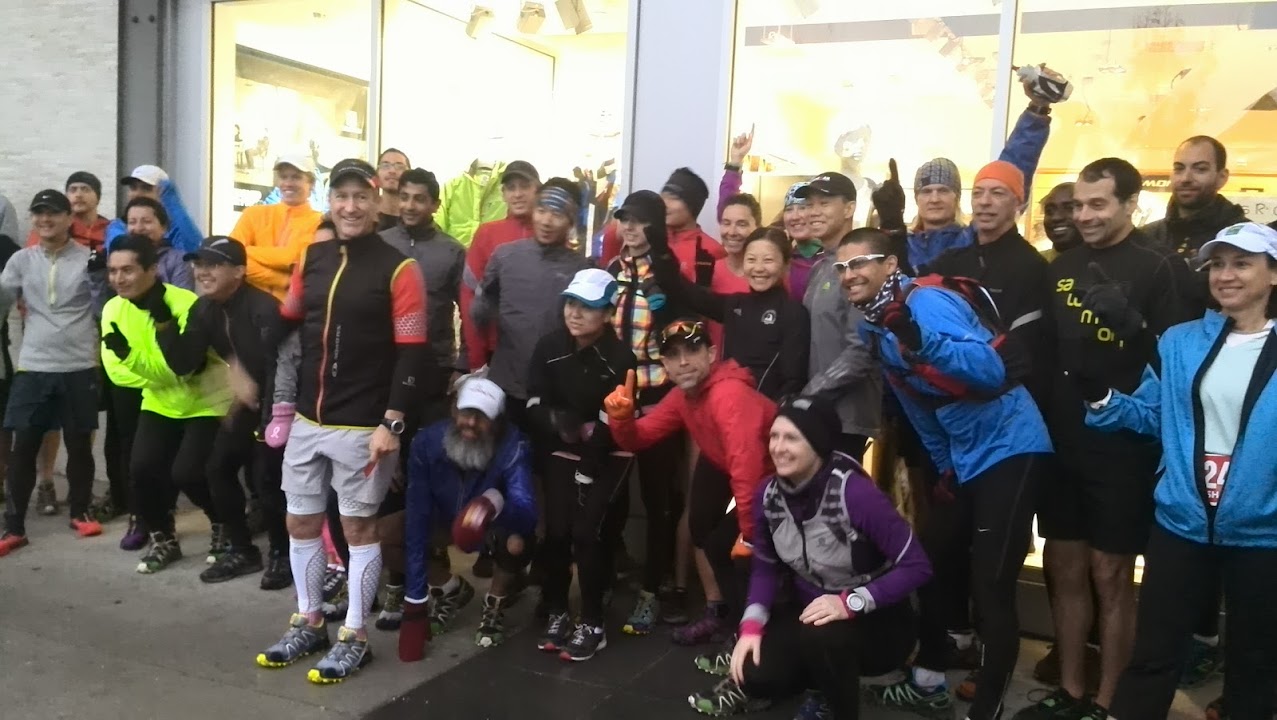 Be on the lookout for my marathon recap. It was an awesome race.

Race firsts:
– my first official road marathon
– the first race I ran with a specific finish time in mind, based on training

My favorite race posters:
– Your pace or mine?
– Run like someone called you a jogger!
– Run faster, I just farted.
– Who fartlek’ed?
– You may feel like crap, but you look fantastic! [close to 33km mark]

And finally, a guy dressed as a bottle of beer with a sign that said: “You know you want me!”. I did. I did want him.

P.S. In retrospect, not running was a smart decision. It took most runners 2.5 hours to cover 12km. Brutal weather, brutal terrain. Sigh… So sad I missed it.