Come One, Come All – Can You Be Spartan and Gay?

“We don’t care who you are, where you’re from or who you love – if you make it to the finish line, you are a Spartan. AROO!!!

Come one, come all.” 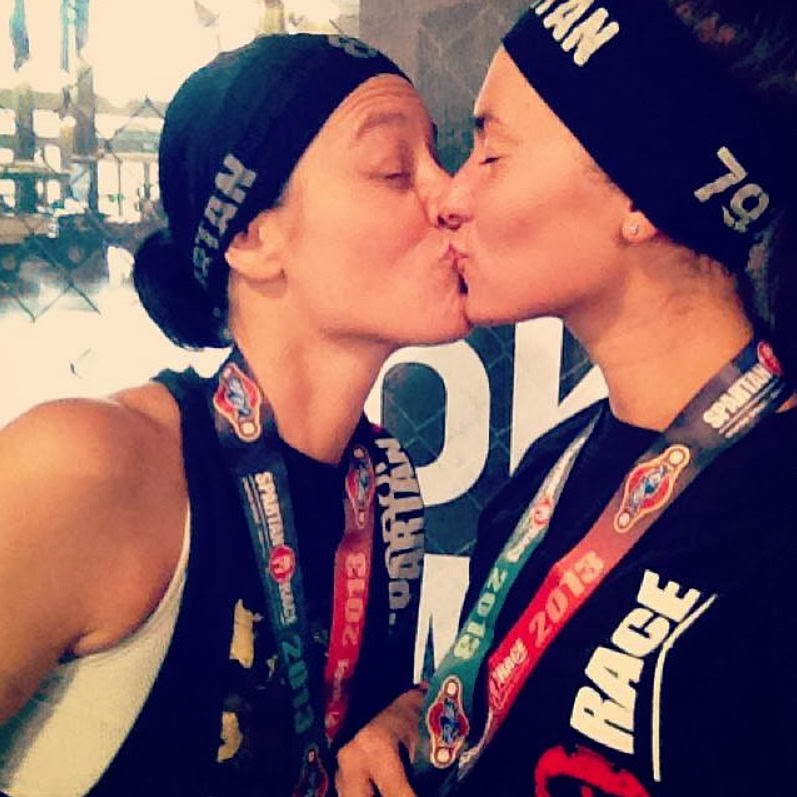 After a picture of two women kissing was posted on the Spartan Facebook page, the vast majority of the comments was incredibly supportive. However, some were… less so.

To say that I was taken aback, reading some of the comments would be an understatement.

Somewhere between the incoherent “boo”’s and “WTF”s, the kiss was called disgusting, and women themselves were labelled whores. Some wondered if they were drunk, some promised to never do another Spartan Race again, and some brought up children’s safety. All before lunch.

Bigotry. Intolerance toward those who hold different opinions from oneself.

No, not quite. Sexual orientation is hardly an opinion.

Discrimination. Prejudicial and/or distinguishing treatment of an individual based on their actual or perceived membership in a certain group.

And apparently, discrimination is alive and well in our beloved sport of obstacle racing.

As if it wasn’t enough that my dear motherland has recently passed an anti-gay law. I don’t even know what the hell that means, but it sounds heart warming as usual.

On June 30, 2013, Vladimir Putin signed an anti-gay law, banning the promotion of “non-traditional sexual relations” toward minors. No pride parades, no discussion of homosexuality among teenagers. God forbid. Ha!

Better throw out anything with a rainbow. Just in case.

If you think “Who cares?”, think again.

Only last week Forbes called Putin the most powerful person in the world, ahead of Obama, bunch of CEOs, bankers and even a king or two. The same Putin who now claims that the new law in no way violates the rights of homosexual individuals, but rather is geared towards protecting the children.

Despite the controversy, Sochi claims to be ready to welcome athletes of all backgrounds, gay or not. Riiiight. Just remember, no rainbows.

But enough about mother Russia, and back to the issue at hand.

Here are the highlights from both sides (with my commentary):

I like pink, and some people don’t. You shouldn’t judge someone if they like something that you do not.
Right, because someone’s sexual orientation is just like someone’s favorite color – fairly inconsequential, and can change often.

I thought Spartan is a race, not a sex tool. This photo is done to promote a sexual choice that is not normal.
Oh, you poor naive thing. Of course, it’s a sex tool. Why do you think so many people are doing it? And… I hate to break it to you, but if you are after “normal”, you are in the wrong damn sport.

It’s ok for chicks to do it. Men – not so much.
Challenge. Accepted.
Dear gay and bi men of the obstacle racing community. Would you please (PLEASE!) send me a kissing picture from a finish line?

Since when did Spartan Race become a political platform?
Let’s see. Well, they REALLY got on the political activism train a while ago with all those posts of amputees and veterans completing their races. Stick to the obstacles, people. Am I right?

I know Spartans have sex, but I don’t want to know with who.
Oh my. In that case, you might really want to get off Facebook. And internet in general. Also, I suggest we ban wearing wedding bands at races. Those people are practically shoving their sex life down everybody’s throats with public displays of partnership.

I don’t have any more problem with a homosexual individual than I have with an alcoholic.
Well, then.. L’Chaim! Bottoms up!

What does this picture prove?
Let me think about this one. I feel like I have to resort to epistemology. You know… a branch of philosophy concerned with what we know, and how we know it. At a first glance, this picture seems to prove that a kiss between two women has occurred. However, Descartes would tell you that since the only method by which we perceive anything is through our senses, and our senses are far from infallible, we should not consider our concept of knowledge to be infallible. In other words, it is, indeed, possible that the kiss has not occurred. I guess, there is always Photoshop.

Spartan Race won’t get any more of my money. Count me out.
You got it!

If the internet goes apeshit about one photo of a girl-on-girl smooch, after hundreds of photos of heterosexual kisses went unnoticed, then we are clearly not all equal.

Get off the unicorn.