… suppression of speech or other public communication, which may be considered objectionable or inconvenient.

Have you ever paused before sharing something on the internet? Decided against posting a photo or a comment? Welcome to living out loud.

“Kate, I saw those dirty pictures of you online. Looking good!”, says a friend. “Thanks”, I smile coyly. This exchange is especially effective, when a third party, not privy to my racing endeavors, is present.  I quite enjoy watching their eyes pop slightly.

Numerous discussions on whether internet has killed privacy seem to miss the main point – internet never really had privacy.

In 2009, a public high school teacher was asked to see her principal after her European vacation. “Do you have a Facebook page?”, the principal wanted to know. The photo in question displayed Ashley holding a glass of wine and a mug of beer.

An anonymous parent sent an email to the school, complaining about her child’s teacher’s unacceptable activities online as well as promotion of alcohol use. Ashley actually used privacy controls on Facebook, thinking that only her closest friends could see it. She was given a choice: resign or be suspended.

Even closer to home: Matthew Dicks, also a fellow teacher, had to face what can only be labelled as a witch hunt, after an anonymous source compiled over 28 pages of strategically selected quotes from his blog, and delivered copies to every door in the neighborhood. Reflecting on my own blog, I shudder at the possibilities.

If you are a teacher, you can get fired or suspended over holding a mug of beer. May I suggest a career in politics instead? Because then you can really up the ante.

As every self-respecting Torontonian wants to crawl under a rock and never come out, I do not even turn on the radio any more. A girl can only handle so much crack cocaine in a week. [Now, there is a brilliant quote for you – ripe for misinterpretation, when taken out of context. Enjoy.]

The uproar over the lack of privacy is not new. In fact, the birth of snapshot photography in the late 19th century caused a number of similar concerns, after all, there was now a way to capture a moment in time. All kinds of questionable things could be immortalized on film. Private detectives and divorce lawyers rejoiced.

Long time ago someone made fun of the fact that I had over 200 friends on Facebook. “Do you even know them?”, he teased. I did.

After few years of travelling, racing, and now, blogging, my friend count grew. And grew. There are friends, acquaintances, relatives, colleagues, bosses, blog readers, and yes, some people I have never met, but interacted with online.

I’m a blogger. A persona somewhat public (and exhibitionist) by definition. Then again, when it comes to privacy, I am in a privileged position. I do not teach children. I do not work in national defense.

You have to decide what social media is to you. To me, it’s a public forum. Everything on Facebook (Twitter, LinkedIn), I assume is completely and utterly public and searchable.

In the age of the internet, we are all free to engage in the incessant barking into the universe. Sometimes, the universe barks back.

“I love to do the things the censors won’t pass”,
says Marilyn.

and, thus, I find myself starting my sentences with “and”
and doing other things I’m not supposed to

I drive stickshift
and others crazy

I fail to apologize
so unCanadian, but yet… refreshing.

And a questionable photo. Just to make a point. 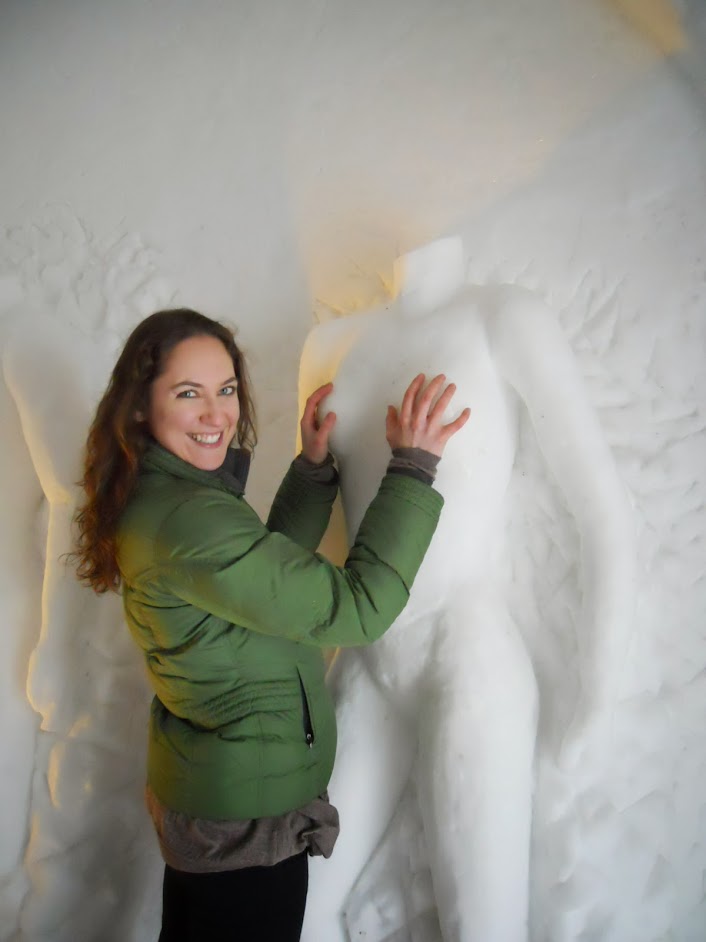 YOUR TURN: Have your “dirty” racing pictures ever made it into your regular life? What is your social media policy? Do you use advanced privacy settings? Only post certain things online?